Here’s a map to orient you. HVO is the Hawaii Volcano Observatory, right next to Jaggar Museum.

Here’s a good USGS video on the lava lake’s ~10-year history, showing how it started and grew.

Just before everything changed.

Skip to about 0:30 for daytime view. From Halema’uma’u overlook looking north.

The summit began dropping May 2. By May 6, the lava lake had dropped 220 meters from the crater rim, but Halema’uma’u was not yet affected.

May 26-30 seems to be when Halema’uma’u really began to subside/slump; numerous large ash explosions.

That’s about when it settled into the current pattern of earthquakes building up to a 5.3 explosion about once a day.

Still photo from above overflight.

Keep in mind the area of deepest collapse was formerly the lava lake.

I grabbed this video clip from the USGS/HVO Kilauea Summit Livestream on the morning of Saturday, June 16, 2018. This kind of collapse/subsidence has been happening every day since the end of May.

Here’s screengrabs from before and after that happened (I’ve boosted Brightness): 9:53am 1:44pm 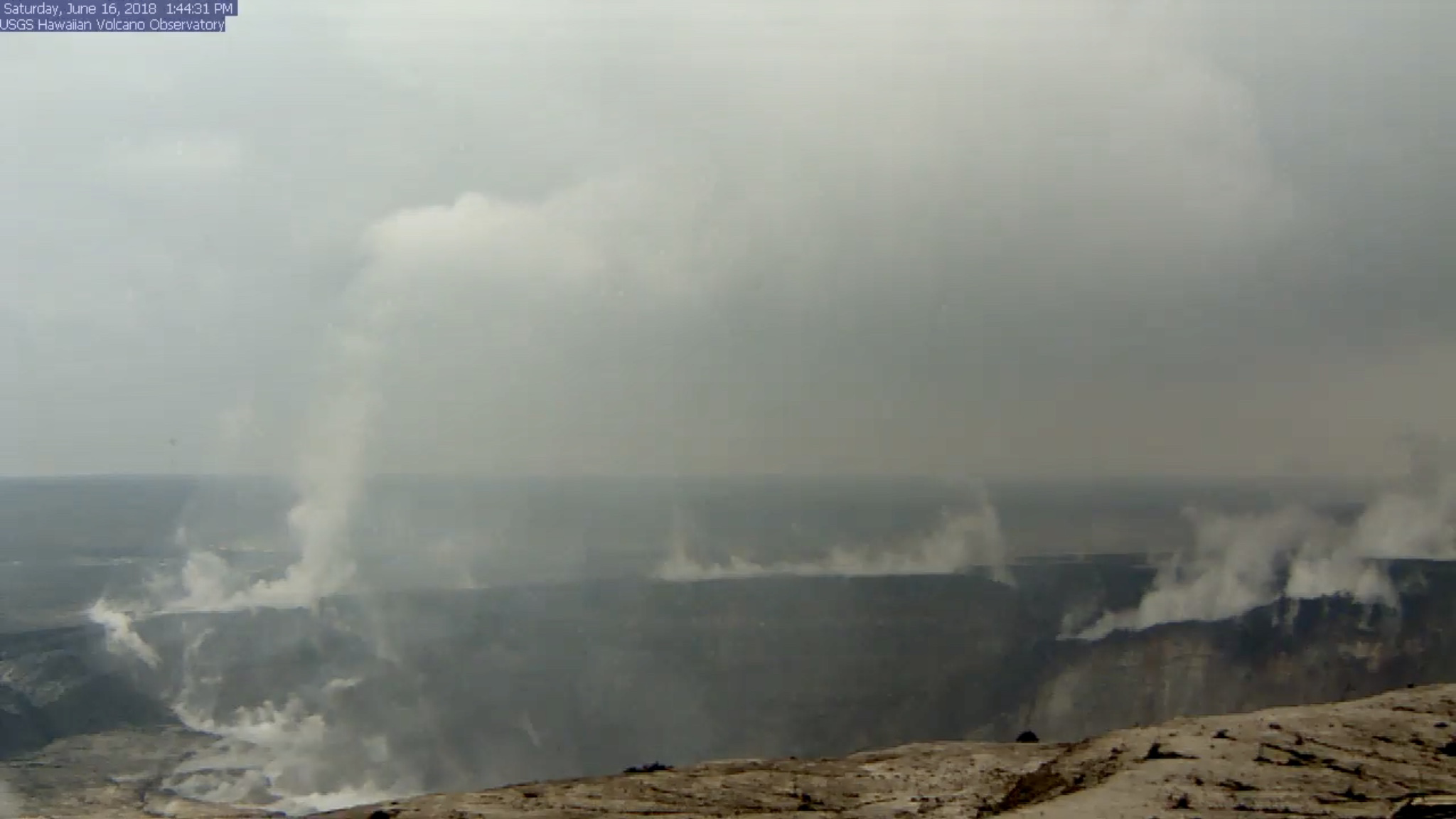 Video starts with a photo of Halema’uma’u Crater on April 13, 2018, just before everything changed.

Still can’t get enough? Hawaii247.com not only archives all the USGS overflight videos on its YouTube Channel, but also posts once-a-week timelapses from HVO webcams.