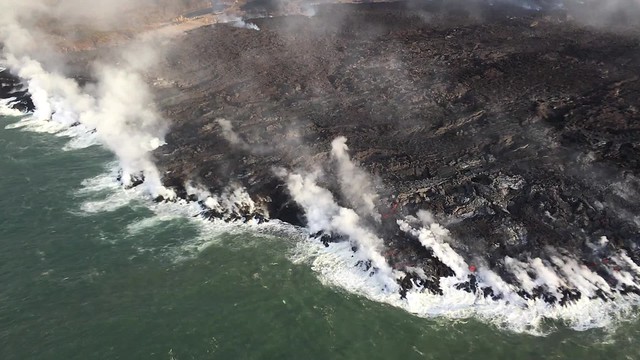 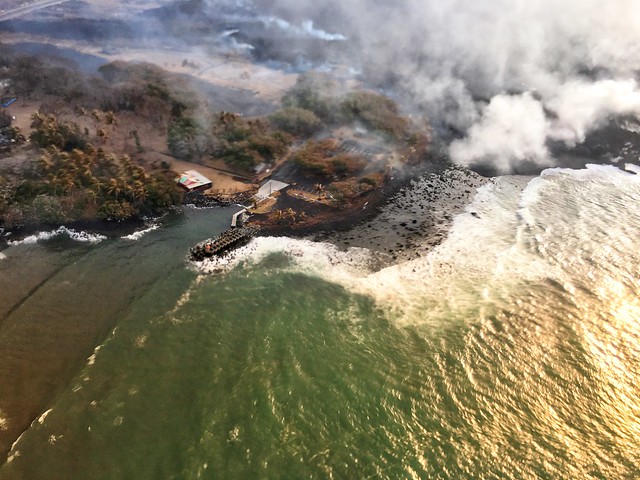 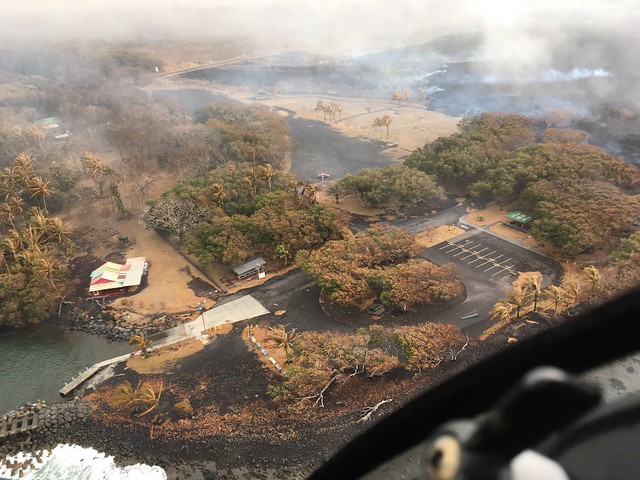 I was taking a bit of a break from in-depth posts, but a few new details in an answer to a common question caught my eye.

USGS: The debris choking the vent has largely prevented the release of ash during these events, and the dusty clouds produced are mainly from rockfall debris. Our understanding of the mechanisms involved has evolved as well: https://volcanoes.usgs.gov/observatories/hvo/hvo_volcano_watch.html?vwid=1371 …

Q: [Is the debris holding back groundwater?]

USGS: The rubble is too porous to have a damming effect. The conduit rock is still hot, so it may be that the groundwater is being turned to steam before it has a chance to reach the conduit. We can see ample steaming from the cracks in the crater floor and walls.

And a few items from social media, including today’s @Hotseathawaii overflight from Bruce Omori.

I do wish HCFD had been able to do some water drops, but I understand it’s a hazardous area to fly over, especially down low.

Not from Mick’s flight, but another good aerial shot on the 29th:

This is an incredible aerial view of the lava flow from Fissure 8 and the ocean entry just north of Pohoiki, a favorite…